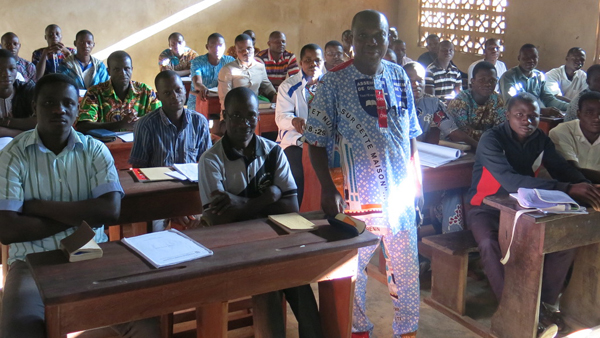 A Bible school reopened in Benin

Assemblies of God World Missions has been working in the country of Benin since 1948. The original Bible school was opened for Benin and Togo in the early 1950’s in a place called Natitingou in Northwestern Benin. That school was built out of mud-block and a bit of cement to hold it all together. In the 1980’s, as the church began to move to the southern part of the country, a new school was opened in Dassa-Zoumé. It has served the church well over the last 30 years. In recent years there has been great revival in the AG of Benin. There are now over 1,200 churches and they have a strong desire to plant churches among all the people groups of their country.

In 1981 there was only one graduate from the Bible school in Benin. Today they have over 150 students and about 50 graduates per year. The Bible school in Dassa-Zoumé does not have enough space to house all the students who want to come.

So, in an effort to reach the Muslim peoples of the north of their country and to help them reach their goal of training pastors and planting new churches, they have reopened the Bible school in Natitingou.

Please join us in praying for these Bible schools. Pray for Muslims to be reached and that many new churches will be planted in Benin.